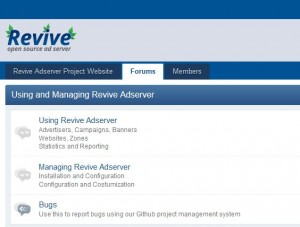 It was hard not to notice it: ever since the old forums on openx.org were closed at the end of March 2014, our Revive Adserver Community Forums were flooded with spam messages. On some days, we would see dozens of fake and pointless posts in the forums. Of course, we immediately started cleaning up the forums manually, but it soon became clear there was no end to the nuisance.

In April, we implemented multiple technical measures in the forum’s software to detect potential spammers and block them from registering, and to delete spam that still made it through. It seems that this has helped, the spam flood has been stopped almost entirely and has now returned to a manageable level.

We want to thank those members who took the trouble to report spam posts to the moderators, and we want to thank all members for their patience while we were fighting this matter.