Always keep your Revive Adserver installation up to date 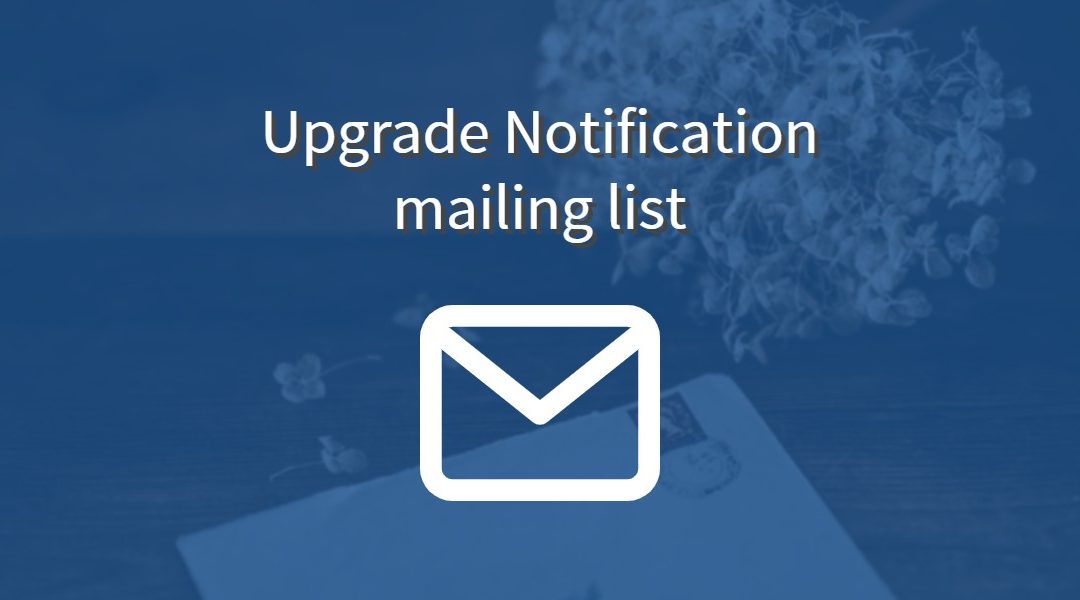 Ever since we publicly announced the Revive Adserver open source project, on September 13, 2013, we kept a record of the number of installations of the software in active use. This is possible because every installation out there can do a daily check with us to find out if a newer version is available.

By doing so, not only do we get a sign of life from every installation, but these checkins also include the version number of each installation. As a result, we can keep track of how many instances of each version we ever released are still being used.

For the record, this is an optional feature, which is enabled by default. It can be disabled by switching a single checkbox. So, for the remainder of this post, keep in mind that the actual number of installations out there is probably higher.

Every month, on the 13th, we take a snapshot of the installed base and update the chart below. This is the chart we produced on November 13, 2018: 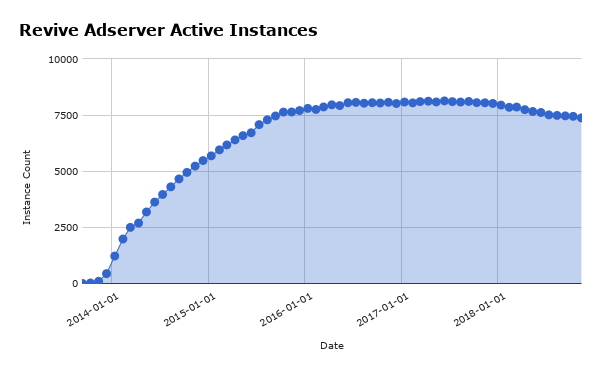 As you can see, in the first 3 years, the number of installations kept growing, but at some point midway 2016 that growth leveled off. As a matter of fact, the number peaked around 8,100 in the middle of 2017 and then started to very gradually decline.

At first glance, this might seem like a bad thing. However, as with so many things in life, there are multiple sides to the same story. Just take a look at the following chart, which shows the different versions in use over time. It starts in July 2015, which is the first snapshot we kept of this break-out by version: 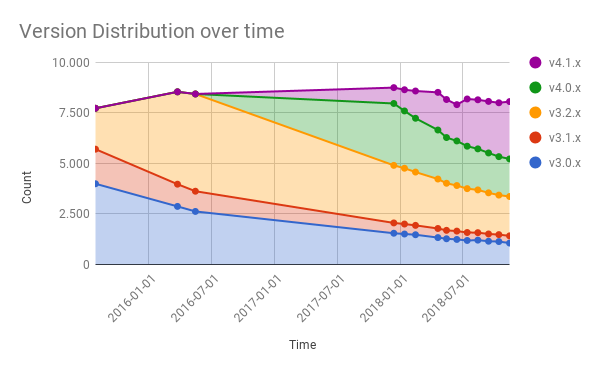 The oldest versions 3.0, 3.1, and 3.2, while still in use for a number of installations, steadily decline and currently represent about 41% of the total installed base. Version 4.0, while still being used by around 23% of installations, is also declining steadily. And the most recent version 4.1, is being used by the largest share of the installed base, 35%, and shows impressive growth.

This is more clearly visible in this chart, which shows the number of active installations for versions 4.0 and 4.1. It shows a steep growth of version 4.0 up to the moment version 4.1 was released. Version 4.1 continues to increase while 4.0 gradually decreased: 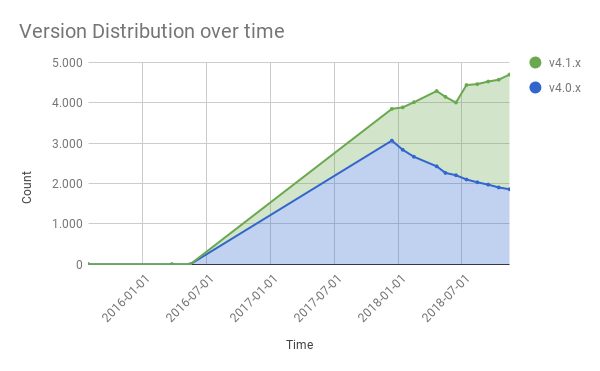 Not only does this demonstrate that people continue to upgrade to v4.1, but also that new installations continue to be created with v4.1 right out of the gate. Unfortunately, this graph is a little bit low on data points because we did not collect this data for the most part of 2017.

Where do the newer versions come from?

We believe that a major factor for the steady growth of version 4.1 is that this is the only one that is capable of running on the newer releases of the PHP engine, PHP 7.0, 7.1, and 7.2. Therefore, as more and more hosting providers and server administrators are migrating to PHP7, it is more or less mandatory to also upgrade to the newest version of Revive Adserver. Most likely those are the installations that are used the most actively, and so there is a real sense of urgency to keep the software up to date.

Why are outdated versions still running?

The other side of the equation is this: why do so many installations out there still run the (by now) completed outdated versions 3.0, 3.1, or 3.2? One possible explanation is that these instances have, at some point, been installed by people that were curious about the software, and then abandoned or forgotten. Another possible explanation comes from the existence of ‘auto installers’ that are on offer at many hosting providers. While it is very appealing to be able to install an application with just a few clicks, this comes with one huge disadvantage. Most of the times, the installations created by these auto installers are impossible to upgrade. As a result, once you’re running it, you’re effectively stuck.

Why it’s important to always upgrade

As with almost any software, it is the most sensible approach to always update to the most recent version available. Known security issues are fixed with these updates, and new features are introduced alongside fixes for newly discovered bugs. Using an outdated ad server with know security issues puts your site visitors, and your business, at risk.

How to be informed when a new version is available

We want to help users by informing them as soon as we release a new version of our software. To that end, we have a mailing list you can subscribe to. We’ll send a short message with a link to the blog post announcing each new version. Sign up to our update notifications mailing list, and be among the first to know about our updates!

Always run the newest version, with no effort: Hosted edition

Another way of always using the most up to date version of the software is by using the Hosted edition we recently announced. This Software as a Service offering, which will be unveiled in the coming weeks, is ideal for people that prefer to spend their time on other things than installing or updating software, maintaining servers, and so on.

Update December 13, 2018: The Hosted edition is now available for everyone. Please visit www.revive-adserver.net for more information and to sign up for an account.