Andrew HillAndrew Hill is one of the three core team members of the Revive Adserver open source project.

Somewhat unsurprisingly, our most active and engaged members of the community were the primary respondents – over 80% of responses came from users who were (at the time of the survey) using an up to date version of Revive Adserver.

Over the last few days, we have been taking a look at the results of the survey and wanted to share the following information with you all.

There are both new & old engaged community members

We were delighted to see a good mix of engagement from both newer arrivals to Revive Adserver, as well as old hands who have been using the software for many years. 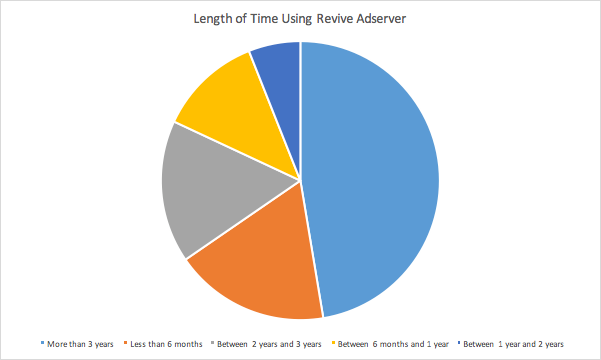 While most Revive Adserver is mostly used by small business users, the next biggest segment is users at larger companies where there’s a team of users. It was also interesting to see that the 3rd biggest segment of Revive Adserver users are using the software in a number of different situations, suggesting multiple installations for different uses. 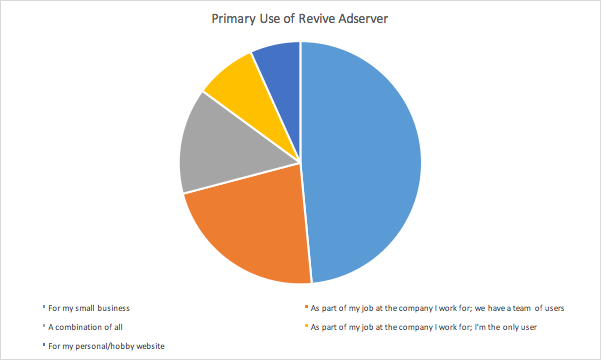 Primary use of Revive Adserver

It’s hardly a surprise to learn that on the whole, the community thinks that it would good to have some key missing features added to the product. 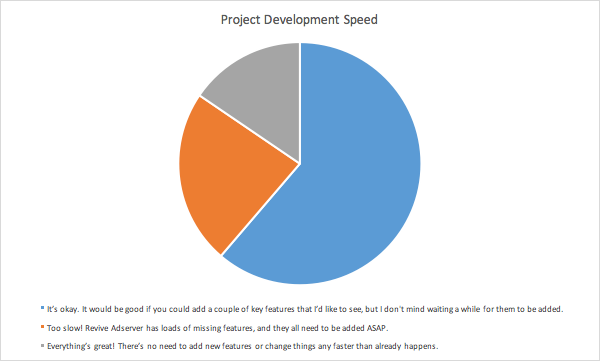 There’s one clear winner for a key missing feature

The clear and obvious winner for a key missing feature is native HTML5 banner support in Revive Adserver, with over 65% of respondents listing this feature in their “top three” missing key features.

The next most requested missing feature was cookie-free banner delivery, with just under 50% of respondents listing this feature in their “top three”.

It was also pleasing for the Revive Adserver team to see that the most popular “other” suggestion put forward by the community was native MySQL support in PHP 7, which the team has added with the release of Revive Adserver 4.0.0.

The community wants “someone else” to fund development 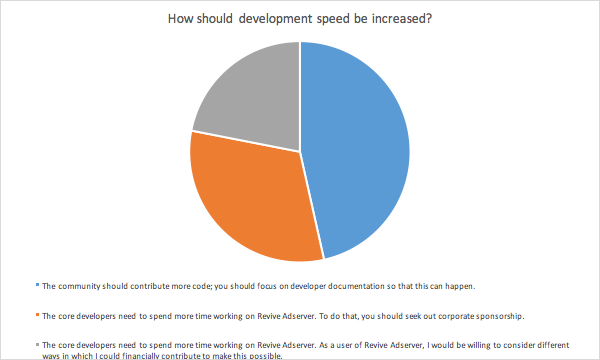 How should development speed be increased?

There was an almost equal split between the top four options selected for how any possible funding should be obtained – one-off crowdfunding for a fixed set of features, monthly contributions, one-off crowd funding on a feature-by-feature basis, and purchasing commercial plugins.

We hope that the above information is of interest to you all, as members of the Revive Adserver community. We’re proud of what we’ve achieved in the last 3 years of Revive Adserver’s existence, and in the coming weeks, we will be discussing the survey results in more detail within the core team, to decide on our plans for the next 3 years and beyond!